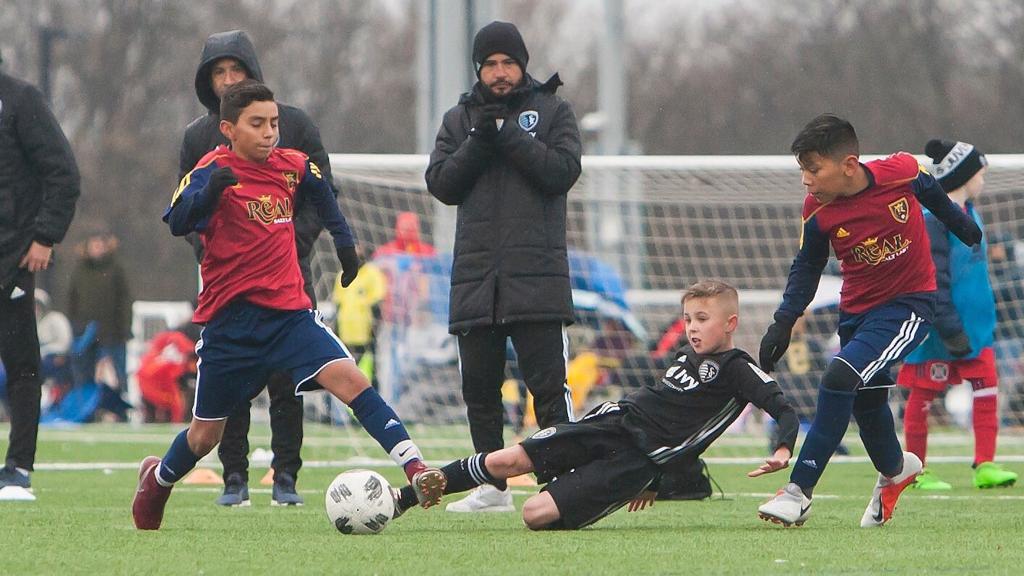 Throughout the summer, SportingKCAcademy.com is publishing a series of Q&A interviews with each member of the Academy's technical staff. In the fifth installment, we catch up with Sporting KC U-13 head coach Luis Pacheco.

I’m originally from Mexico City. I was born in Mexico, lived there until I was 9, and then my family moved to Michigan. I grew up there and went to college at the University of Louisville in Kentucky before coming here.

What attracted you to soccer?
It’s a huge part of the Mexican culture, so I started to play early. I was always around soccer. Sundays were big family days, and we watched the games together with my dad, uncles, the whole family. Soccer was really built around my life from a very young age—nothing else but soccer.

What was your favorite soccer club growing up?

I grew up with my whole family supporting Chivas de Guadalajara. However, after moving away from Mexico, there was less opportunity to watch on TV and follow them like I was used to. Once I moved here to the USA, I started watching what was available which was the English Premier League, and I started watching Liverpool. When I was growing up, Ramón Ramírez was my favorite Mexican player. He played for Chivas, and I think I played like him. I also love Steven Gerrard. He’s the reason why I started liking Liverpool.

I like to go to River Market with friends. I enjoy that area. Unfortunately my schedule is very tight, so I don’t go out a lot.

We have a phenomenal staff. We all work and view the games the same way, and we are very hardworking and demanding, which I think is the reason why our Academy is successful. The biggest part, of course, is Jon Parry’s vision and his ability to bring the right people for the right jobs. He gives us the responsibilities to be able to deal with what we need to deal with. We hold ourselves and the players to the highest of standards.

What is the best part about being a coach?

It’s great to be around the kids and see their gradual improvement throughout the year. When you go over things over and over again, and the moment finally comes when the kid realizes, ‘Oh, this is what the coach has been talking about.’ When they start doing that more often, you start see the growth of the player, and that’s a great feeling. Being out on the field five or six hours a day is quite a nice perk. It’s simply what I love to do.

What is your guilty pleasure?

I enjoy the singing shows on TV. When somebody can sing, it really amaze me. I like to go to bars where there is live music. I don’t necessarily have a favorite artist, but when someone can sing, I’m really into it. It’s a talent I always wished I possessed.

What is your favorite food?

From Mexico, my favorite food is milanesa. It’s like a thin breaded pork, and it’s delicious.

What is your favorite movie or TV show?

Dumb and Dumber still gets me. It’s the funniest movie. I like comedy a lot. My favorite TV show is The Office. I could watch it over and over again.

Blink 182. I used to have a band, and we tried to play music like them.

What country would you like to visit the most?

I would like to go to Spain and visit Barcelona. I have heard really good things about Greece. I’ve been to lots of places in America when I was younger. I loved Portland, Oregon. I went there when I was 14 years old and went to a tournament out there. The weather was great, I had a good time there, and it’s a really nice city.