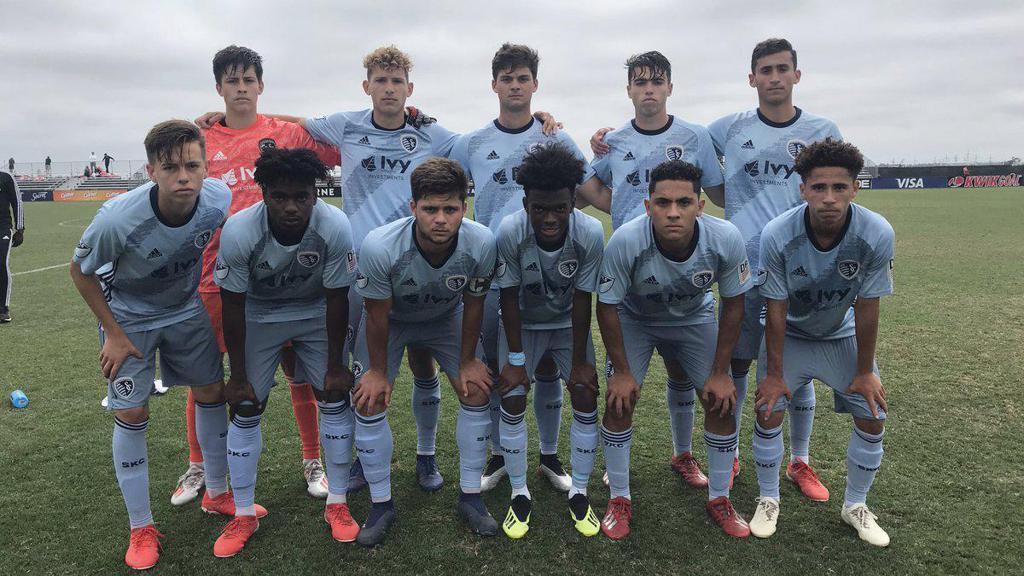 The Sporting Kansas City U-19s took a heartbreaking 3-1 loss to Saint Louis FC on Monday in the quarterfinals of the 2019 U.S. Soccer Development Academy Playoffs at SoCal Sports Complex in Oceanside, California.

Looking to become the first Sporting Kansas City Academy team to reach the Development Academy National Championships, the U-19s began brightly and landed the first punch on a 19th-minute penalty from Kaveh Rad.

Saint Louis FC rallied in the second half, however, striking twice in the space of two minutes near the hour mark and icing the game with a stoppage-time goal to advance to next month’s Development Academy semifinals in Irvine, California. Sporting came agonizingly close to drawing level in the late stages when Josh Chong’s long-range curler rattled the woodwork, but Saint Louis FC would hold onto their lead and add a late third to seal the victory.

The Sporting KC U-19s, led by head coach Rumba Munthali, end the 2018-19 Development Academy campaign with an 18-5-4 league record. The team earned a No. 4 overall seed in the Development Academy Playoffs and finished atop Group B with two wins and a draw, which vaulted the side into Monday’s quarterfinal clash.

The Sporting KC U-15s and U-17s also ended their respective seasons in Oceanside last week. The U-15s recorded a win and two draws in the Development Academy Showcase, while the U-17s fell just short of a quarterfinal berth with a second-place finish in Group B of the U-17 Playoffs.

Follow @SKCAcademy on Twitter and visit SportingKCAcademy.com for the latest updates and information about Sporting Kansas City's youth development teams.