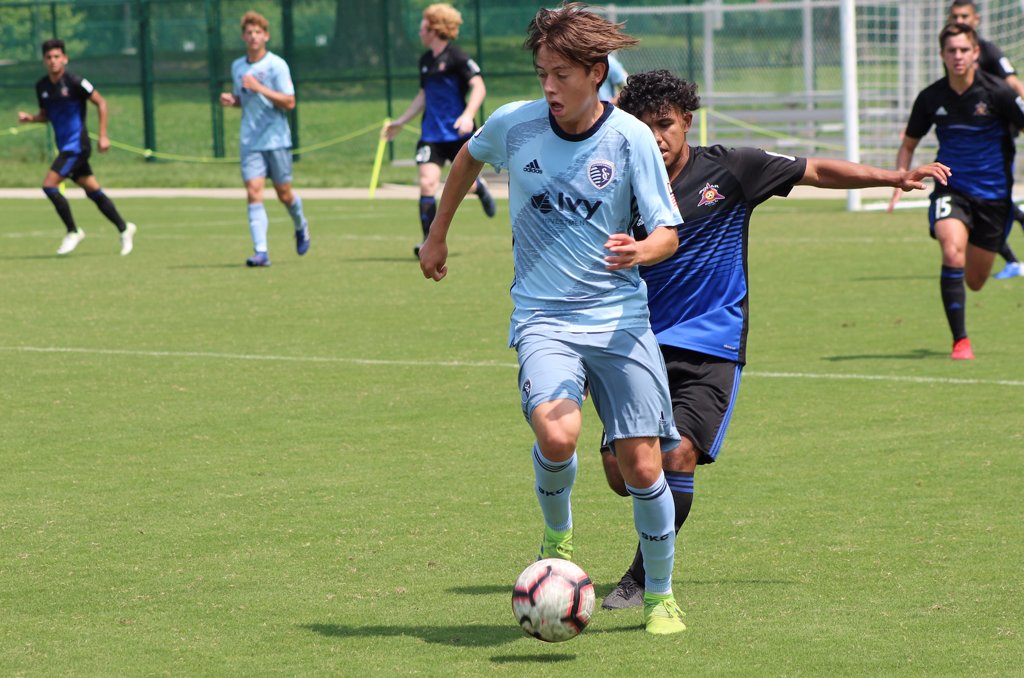 The Sporting Kansas City Academy U-19s and U-17s will take the field this week for the 2019 U.S. Soccer Development Academy Playoffs at SoCal Sports Complex in Oceanside, California.

The tournament's group stage kicks off Monday and concludes Saturday, consisting of a three-game round-robin, and will send every first-place finisher to the Development Academy quarterfinals on June 24-25. The four quarterfinal winners will advance to the Development Academy semifinals, slated to take place July 8-11 at Orange County Great Park in Irvine, California.

Sporting has sent its two oldest academy teams to the Development Academy Playoffs for the fourth straight year. The U-18s and U-16s both reached the postseason in 2016 and 2017 before age divisions were restructured. The U-19s and U-17s, led by head coach Rumba Munthali, reached the playoffs last year and have replicated the feat once more, hoping to deliver Sporting its first Development Academy national title.

The Sporting KC U-19s enjoyed an excellent regular season, posting a 16-4-3 record and sealing the No. 4 overall playoff seed. Among the team's standouts are twin brothers Jahon and Kaveh Rad, forward Sean Karani and defender Mo Abualnadi, all of whom have earned USL Championship playing time with the Swope Park Rangers in 2019.

The U-19s have been placed in a compelling group alongside two other MLS academies—the Montreal Impact and Columbus Crew SC—as well as a Sacramento Republic side that boasts one of the best academies among USL Championship clubs. Sporting's clip of 2.22 points per game afforded them the luxury of being the top-seeded team in the group.

While the U-19s and U-17s go to battle in the playoffs, the Sporting KC U-15s will also be competing at SoCal Sports Complex in the U-15 Development Academy Summer Showcase.

Led by head coach Chris O'Neal, the U-15s will play three friendly matches against some of the elite academies from across the country, including fellow MLS outfits LA Galaxy and the New York Red Bulls. The U-15s finished with an impressive 14-4-2 regular season record in the Development Academy, but narrowly missed out on a playoff berth after placing third in the Frontier Division of the Central Conference.

Follow the Sporting KC Academy on Twitter for updates throughout the week and visit SportingKCAcademy.com for the latest information on the club's youth development teams.