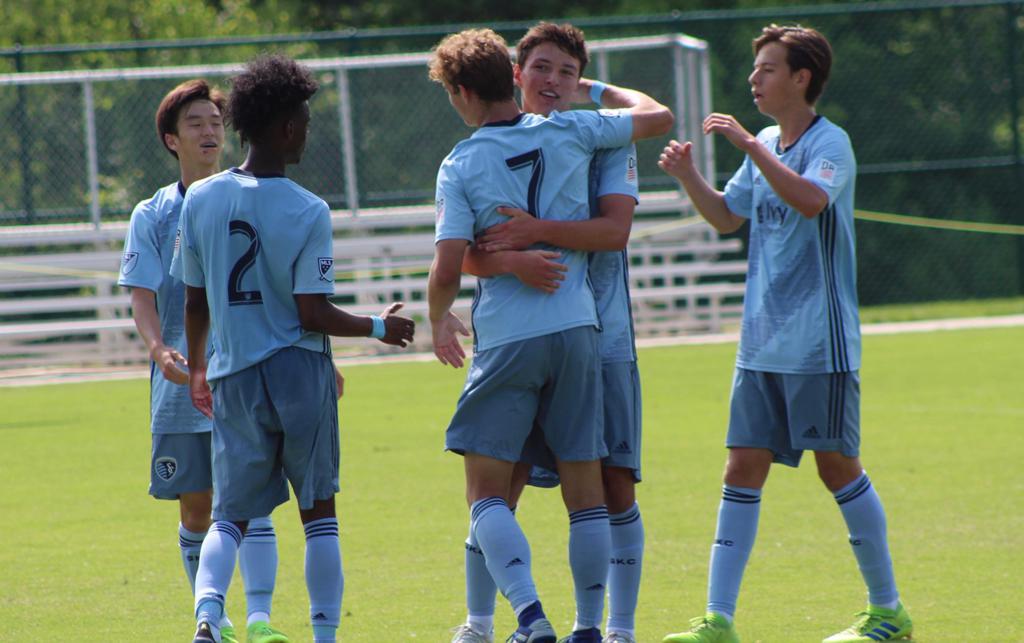 In a Sunday tripleheader at Swope Soccer Village, the Sporting KC U-19s, U-17s and U-15s combined to sweep Solar Soccer Club and conclude the home portion of their 2018-19 schedule.

Sunday also served as a season finale for the U-15s, who finished with an impressive 14-4-2 record in the Development Academy but narrowly missed out on a postseason berth after placing third in the Frontier Division of the Central Conference.

On Monday, the U-19s and U-17s cemented their playoff seedings with victories over the Dallas Texans on the campus of the University of Tulsa. The U-19s wrapped up the No. 4 overall seed in the Development Academy Playoffs, finishing second in the Frontier Division with a 16-4-3 record. The U-17s, meanwhile, secured a wildcard playoff berth after solidifying fourth place in the Frontier Division with a mark of 12-9-2. 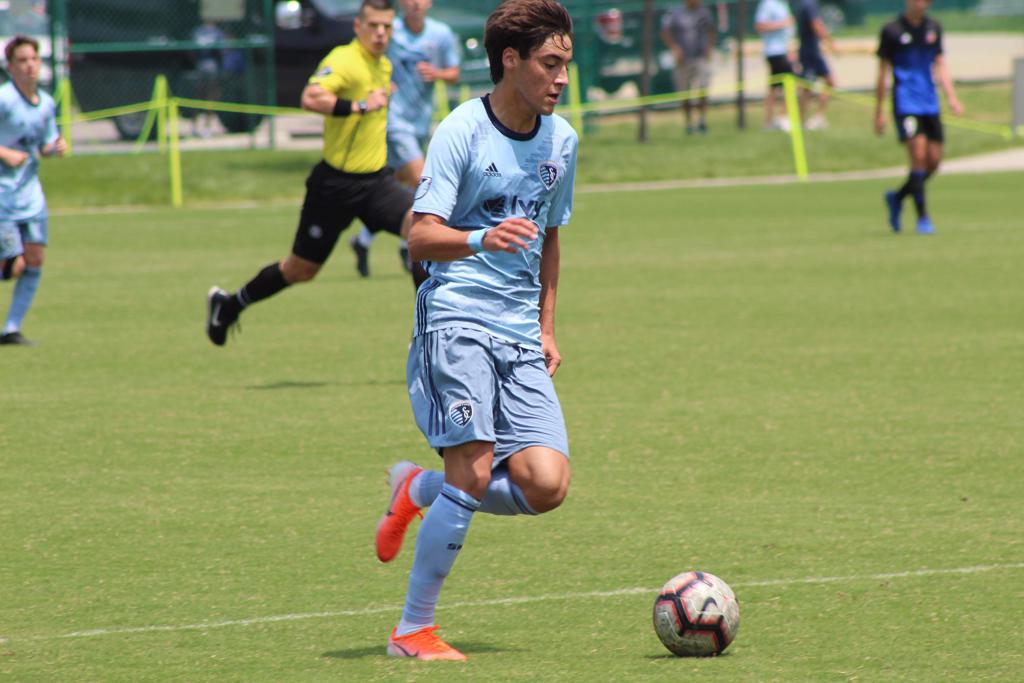 The U-15s kicked off a successful Sunday in the glorious Swope sunshine, notching a 5-1 victory against their Texas-based counterparts. Solar surged ahead in the 20th minute, but the hosts equalized 14 minutes later through Camden Baker. The second half was controlled by Sporting, who took their first lead in the 52nd minute when Rokas Pukstas headed home off a Baker free kick. Baker continued his excellent display in the 63rd minute, forcing a goalkeeper save before Brevyn Cole smashed in the rebound. Dalton Visconti struck five minutes later finishing off an attack built by Jack Lucas and Daniel Gutierrez, then Baker bagged his second of the day with an 83rd-minute beauty to round out the scoring.

“We really improved in the second half and were able to pick better moments to penetrate after we created space in behind their back line,” said U-15 head coach Chris O’Neal.

The U-17s’ matchup with Solar was far more competitive, with both sides creating multiple opportunities throughout the game. The decisive goal came courtesy of Sporting KC Homegrown Player Tyler Freeman, who settled a Danny Goddard cross and finished expertly in the 29th minute. Goalkeeper Gavin Krenecki made his best save of the day in the 82nd minute, preserving his clean sheet and ensuring the U-17s would emerge with all three points.

The U-19s produced a wire-to-wire display en route to a 5-0 triumph, landing the first punch after 11 minutes when twin brothers Kaveh and Jahon Rad combined inside the box. Their seemingly telepathic connection was punctuated by Jahon’s go-ahead goal, and Sporting would not look back. Jahon notched his brace on a sweetly struck 22nd-minute free kick, then a pair of his Swope Park Rangers teammates—Sean Karani and Mo Abualnadi—scored on the cusp of halftime to make the score 4-0. Michael Scavuzzo provided the final goal with a stunning strike from outside the box in the 64th minute, putting an exclamation point on the five-star performance. 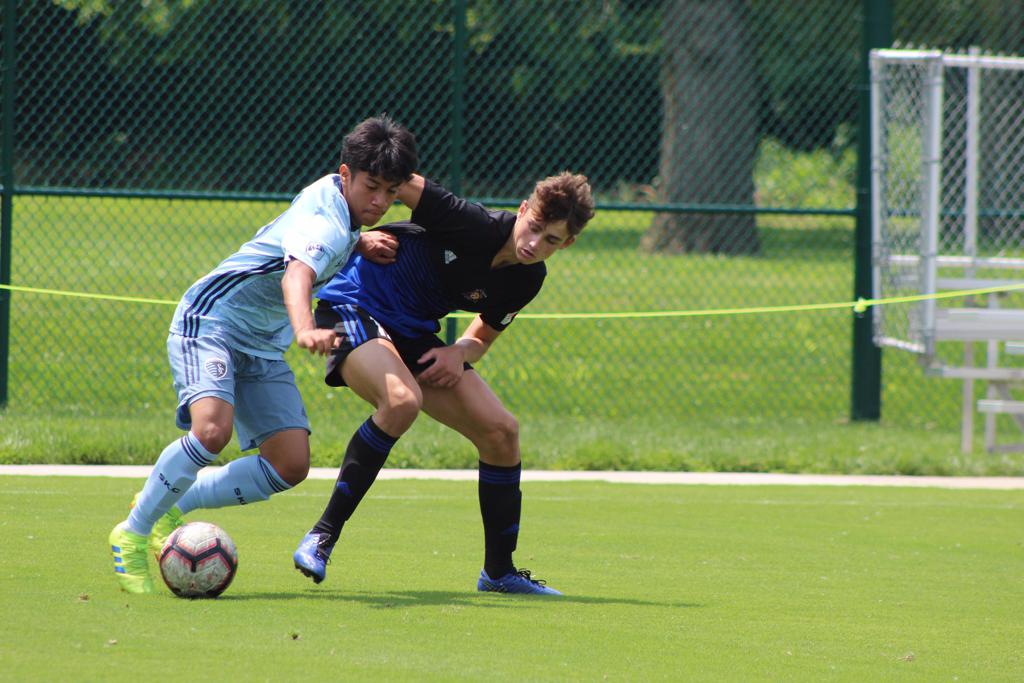 The U-19s and U-17s traveled south to Tulsa, Oklahoma, on Monday to conclude the regular season in a rescheduled doubleheader against the Dallas Texans.

The U-17s were the first to take the field and the first to score, as Jake Davis unleashed a sensational free kick in the 33rd minute that ultimately stood as the game-winner. A two-hour lightning delay near halftime only prolonged the inevitable, as the U-17s held on for the 1-0 victory.

“The U-17s had some very good spells of possession and some very good attacking moments,” said U-17/19 head coach Rumba Munthali. “There has been a big concentration at training on transition and defending, and the players showed great defensive commitment.”

The U-19s put the final touches on a terrific two-day stretch for the Academy with a 3-1 win. Enzo Mauriz and Josh Chong were involved in the buildup on the opening goal, setting up Massimo McGuire on 34 minutes. The Texans leveled seven minutes into the second half, but McGuire restored his side’s advantage five minutes later on a goal assisted by Mason Leeth. In the 64th minute, Leeth turned from provider to scorer with a superb left-footed volley to make the score 3-1.

“The U-19s created a lot of scoring opportunities and had some quality execution in front of goal,” Munthali said. “They did a great job of controlling both games and dictating play. They also showed good mental fortitude not to have moments of complacency, resulting in the team finishing the season ranked No. 4 in the country.” 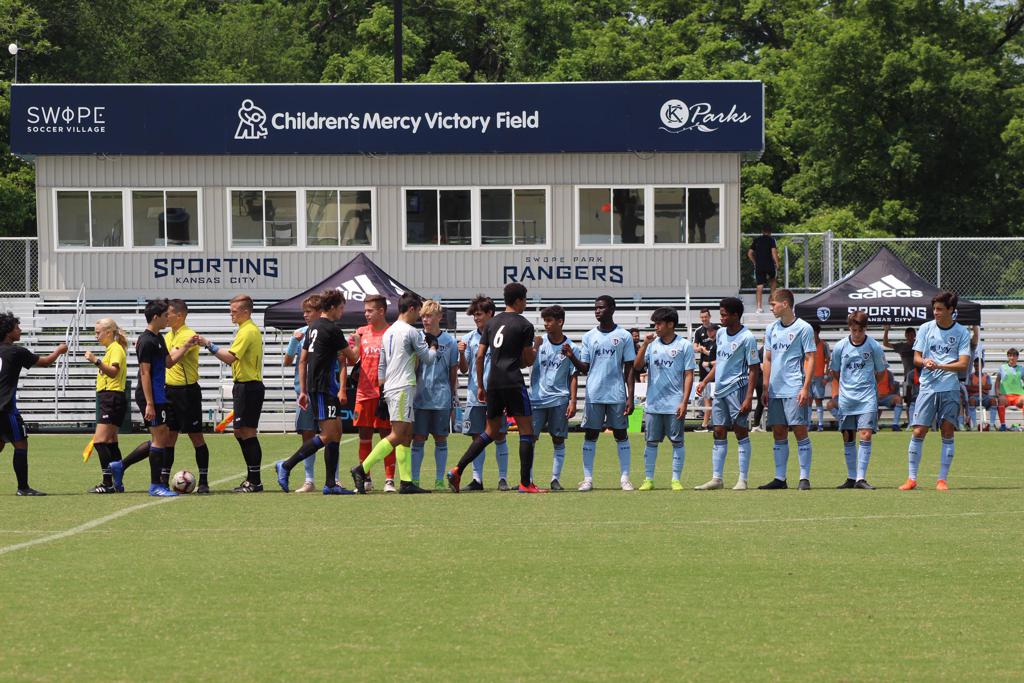 Prepping for the Playoffs

The Sporting KC U-19s and U-17s will now begin preparations for the Development Academy Playoffs, which will see 32 teams in each age division drawn into eight groups of four. Group stage matches and quarterfinal contests will take place from June 17-25 at SoCal Sports Complex in Oceanside, California.

The 2019 Development Academy Championships, consisting of the semifinals and finals at the U-17 and U-19 levels, will then unfold from July 8-11 at Orange County Great Park in Irvine, California.