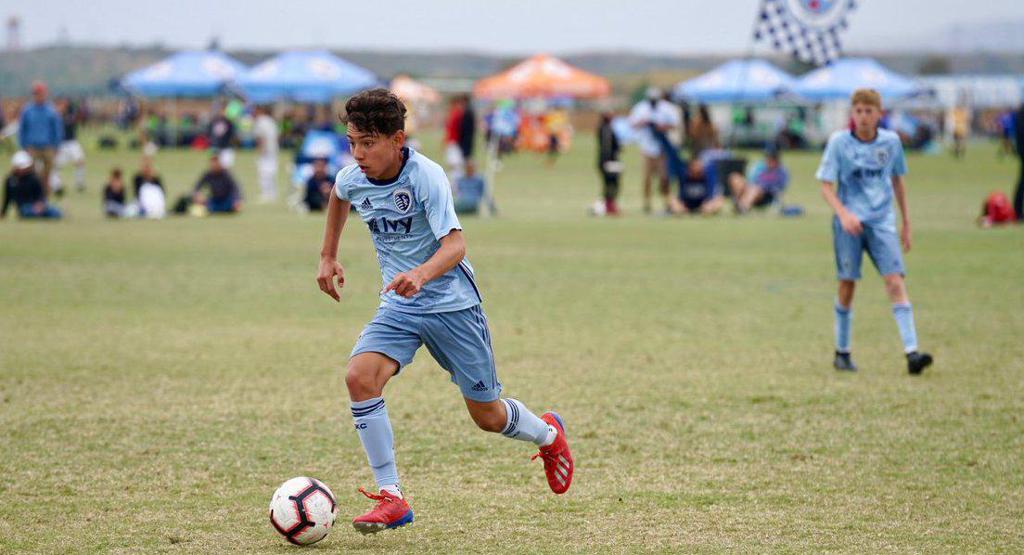 “The Manchester City Cup was a great experience for the team,” said Sporting KC U-12 head coach Colby Childress. “It’s always good to play top competition across the country and internationally. It was a good weekend of performances from the players, and it showed the growth and progress each player has made throughout the season.”

The U-14s highlighted their campaign with wins over Mexican club Tijuana and Canadian side De Anza Force. Gianluca Armellino buried a last-minute penalty kick in the 1-0 defeat of Tijuana, while Manuel Romero and Luke Reidell scored in the 2-0 triumph against De Anza Force.

Romero was on target again in a 2-2 stalemate with New York City FC to end the tournament, which saw Sporting strike twice in the final moments. Nati Clarke also found the back of the net in the late-game rally, bringing the U-14s’ record to 2-2-2.

The U-13s earned the best batch of results among Sporting’s representatives, compiling a 4-1-1 record. The team reeled off three straight shutout victories before narrowly falling 2-1 to the LA Galaxy, then rebounded with a 2-1 triumph over New York City FC and ended the competition with a scoreless draw against the San Diego Surf.

The U-12s were unable to enter the win column but scored eight goals across the six games, with four of their losses coming by the slimmest of margins to go with a well-earned 1-1 draw against Real So Cal.