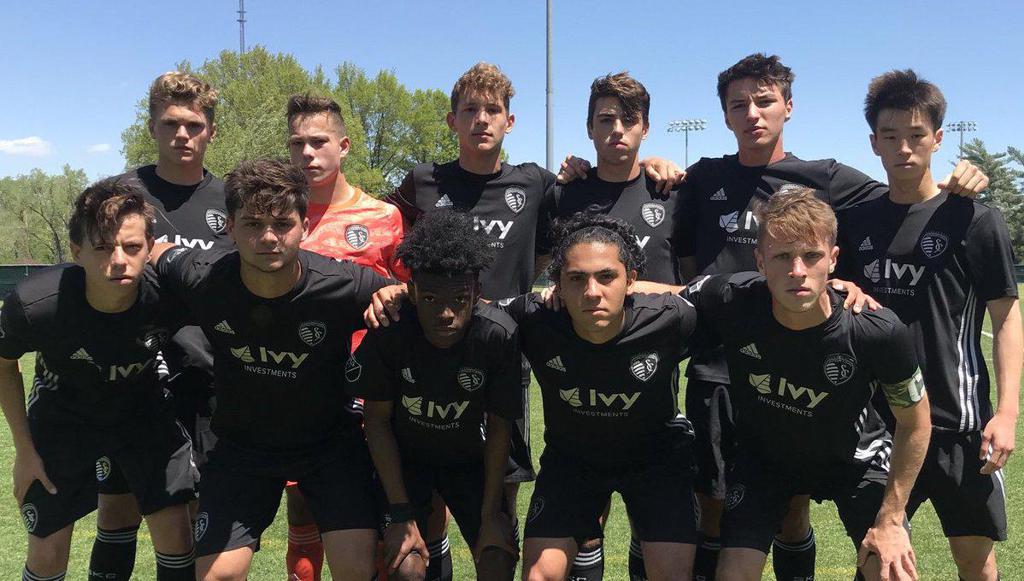 On the same day their senior teams squared off in an MLS match at Children’s Mercy Park, the Sporting Kansas City and New England Revolution academies locked horns in a tripleheader at sunny Swope Soccer Village.

Sporting Kansas City emerged with a clean sweep of the tripleheader, as the U-19s and U-17s prevailed 2-0 and the U-15s won 2-1. The friendly matches give Sporting momentum ahead of their final five regular season matches in the Development Academy’s Central Conference, slated to run from May 3 to June 2.

The U-19s surged ahead when Jahon Rad picked out the corner with an excellent curling strike in the 37th minute. The hosts doubled their lead two minutes after the restart as Ciaran Winters caught the Revolution goalkeeper off his line and found the back of the net from long range.

A week after competing at the prestigious Generation adidas Cup in Frisco, Texas, the U-17s returned to winning ways with second-half goals from Kayden Pierre and Alex Umana. Goalkeeper Tommy Williams also made a handful of key saves to preserve the shutout.

The U-15s fell behind in the 10th minute but rallied to take a 2-1 halftime advantage. Dalton Visconti’s 20-yard screamer restored parity before Kelly Kipruto set up Rokus Pukstas for the go-ahead goal. Sporting would hold their lead to the full-time whistle, ensuring a nine-point Saturday for the Academy.

Up Next: Two in Colorado

The Sporting KC U-15s, U-17s and U-19s will resume their Development Academy campaign next weekend, playing a pair of tripleheaders in the state of Colorado. Sporting will face Real Colorado on Friday, with the U-15s and U-17s kicking off at 5:30 p.m. CT and the U-19s taking the field at 8 p.m. CT.

Sunday will pit Sporting against the Colorado Rapids, with the U-15s at 11 a.m. CT, the U-17s at 1:30 p.m. CT and the U-19s at 4 p.m. CT. Follow @SKCAcademy on Twitter for live updates next weekend and throughout the season.