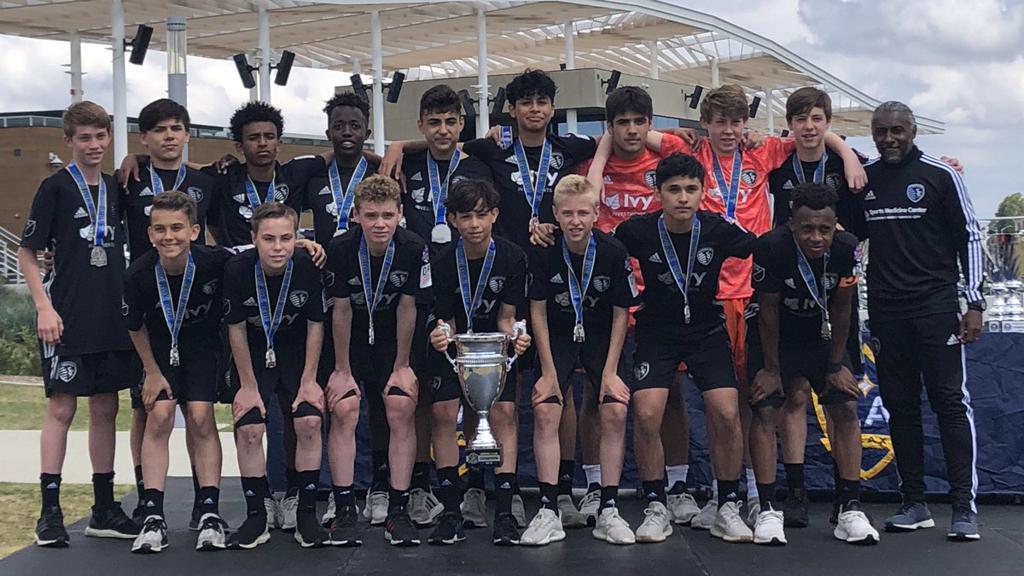 Led by head coach Declan Jogi, the U-14s were one of four Sporting KC Academy sides competing in the elite youth tournament alongside the U-12s, U-13s and U-15s. Sporting's contingent went a combined 10-4-1 during the five-day tournament, with the U-15s and U-13s enjoying strong performances of their own en route to identical 3-1-0 records.

The U-14s opened the tournament with a 2-1 win over hosts LA Galaxy before battling the San Diego Surf to a 2-2 draw. A 5-0 victory over Albion SC set up a rematch with San Diego in the final, which saw Sporting prevail in a 3-2 thriller.

This weekend also marked the end of the 2019 Generation adidas Cup in Frisco, Texas, where the Sporting KC U-17s went 1-3-3 over the course of seven matches. Sporting's tournament campaign was highlighted by a 2-0 win over Jamaican side Mount Pleasant and included three penalty shootouts (counted as draws) against the Colorado Rapids, D.C. United and Portland Timbers.