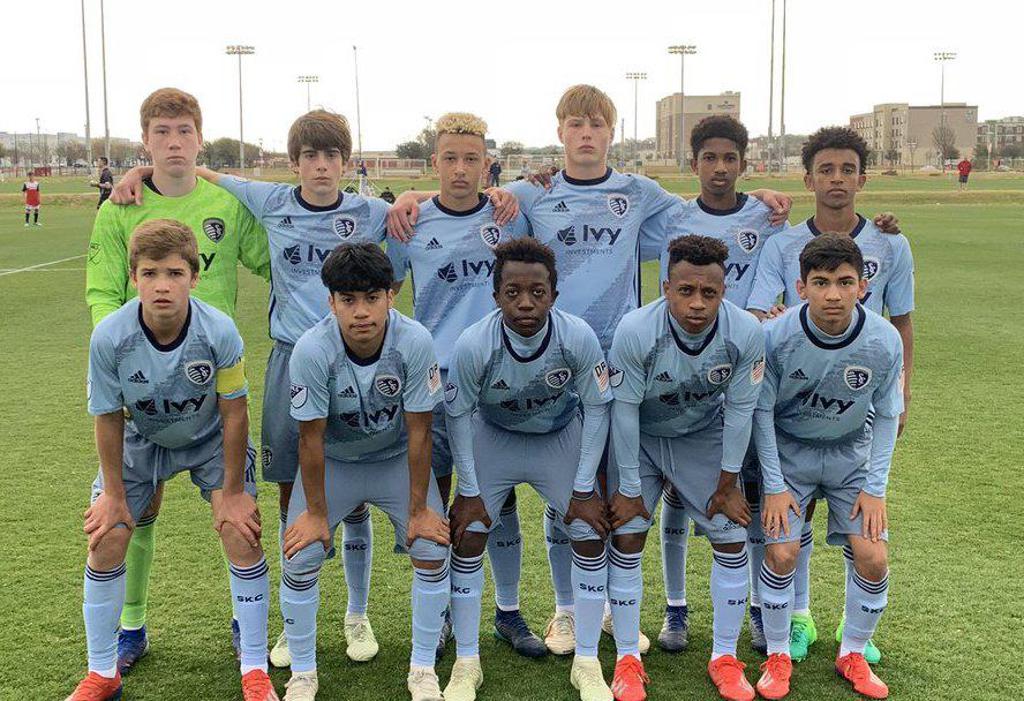 The Sporting KC U-15s (11-2-2, 35 points) kept hold of second place in the Central Conference’s Frontier Division with the gutsy result, but not before overcoming the odds as inclement weather and an early deficit worked against them.

FC Dallas took a 26th-minute lead in Toyota Soccer Center, which was immediately followed by the first lightning delay of the match. Play resumed shortly thereafter, and it took just two minutes for the hosts to double their advantage in make the score 2-0.

Saturday’s contest came to life when Sporting struck twice in the space of two minutes before haltime. Dalton Visconti created a turnover and picked out the top corner to cut the deficit in half, then ran onto a brilliant ball from Gage Akalu to bag his second of the day and restore parity.

The match was halted by more lightning strikes in the 50th minute and continued more than a half-hour later. FC Dallas again wasted no time after the restart, scoring in the 51st minute to go up 3-2, but the final 30 minutes would belong to the visitors.

Akalu recorded his second assist in the 57th minute, clipping a pass into the box for Rokus Pukstas to fire into the side netting. Visconti scored the go-ahead goal and secured his hat-trick in the 65th minute, blasting into the far corner to finish off an excellent attack involving Pukstas and Daniel Gutierrez.

The U-15s weren’t satisfied leading 4-3 and put the game to bed in the 74th minute. Sporting hit FC Dallas on the counter as Gutierrez set up Zamere Issaka for a game-clinching tally that sealed a terrific fightback against one of the better teams in the country.

While the U-15s enjoyed a momentous triumph, the Sporting KC U-17s and U-19s saw their winning streaks in the U.S. Soccer Development Academy come to an abrupt end. Danny Goddard scored the lone goal for the U-17s (10-7-1, 31 points) in a 5-1 defeat, while the U-19s (12-3-3, 39 points) rounded out the tripleheader with a 6-0 setback. The latter result allowed FC Dallas to build a four-point lead on second-place Sporting KC at the top of the U-19 Frontier Division standings.