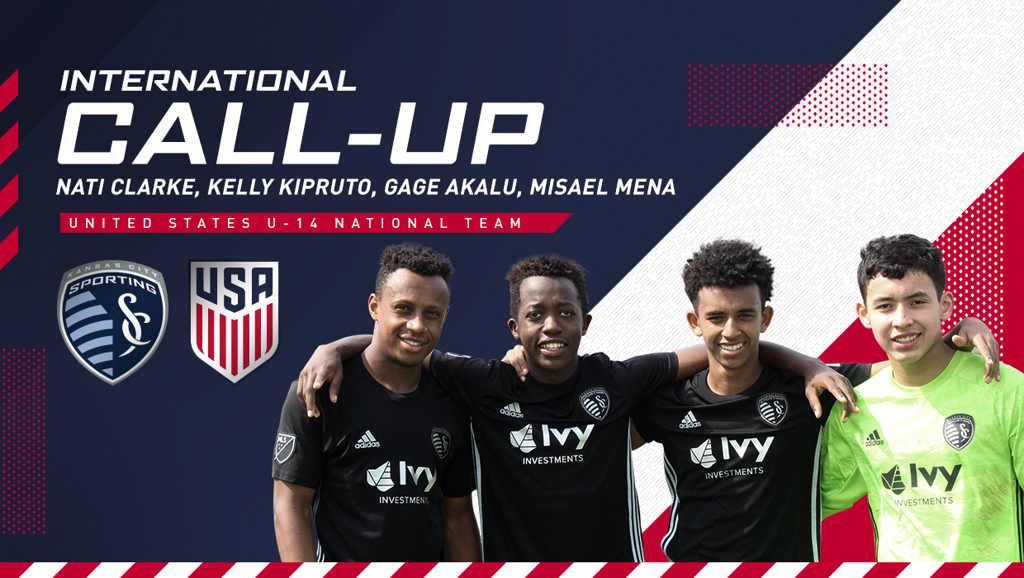 Akalu, Clarke, Kipruto and Mena are four of 80 players from the Central Region who will make up 20-player teams based on the region’s four defined scouting areas (North Central, South Central, Midwest and Southeast). In addition, Sporting KC Academy U-15 head coach Chris O’Neal will serve as a coach for the North Central team during the five-day camp.

After a day of training, the four teams will play each other in round-robin competition.

In addition to the on-field competition, the camp will focus on off-field education. Players will be introduced to YNT principles of play, position profiles and goal-setting to help them take responsibility for their own development. The players will also visit the new National Soccer Hall of Fame that opened last fall at Toyota Stadium in Frisco.

Among the four Sporting KC Academy players, 13-year-old forwards Akalu and Kipruto and 14-year-old defender Clarke have spent most of the 2018-19 Development Academy season competing at the U-15 level. Mena, a 12-year-old goalkeeper, began the year with the U-13s but earlier this month debuted for the Sporting KC U-17s.

The majority of players called into the Central Mini-Camp were identified at last fall’s Development Academy Central Regional Showcase and were further evaluated at Youth National Team Identification Centers as part of the scouting process prior to being selected for this camp.